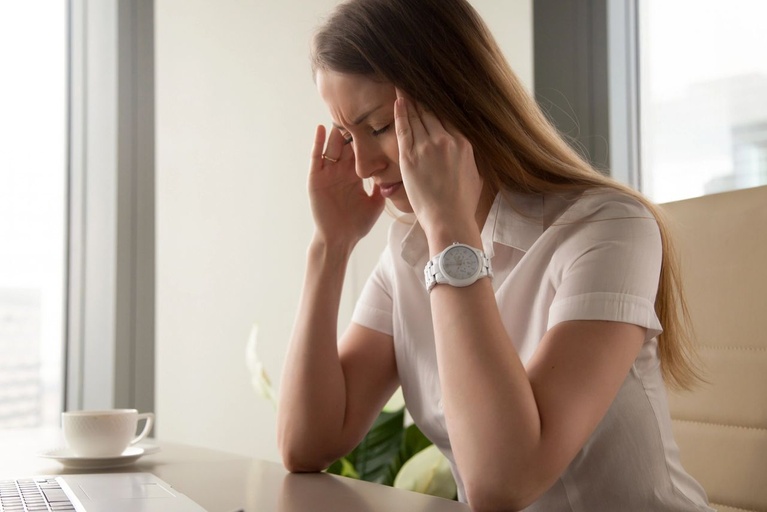 The headline “Life has been canceled” appeared across the TV screen, followed by a report of schools, concerts, television show premieres, festivals, March Madness and even Disney closing its doors. Everything coming to a halt.

Hype and pandemonium aside, the Coronavirus scare, really highlights the anatomy of a belief. It allows us to see the power of a belief in action and how much what we hold dear and true affects our lives.

The news has managed to scare people and make them believe their lives are in danger and they need to prepare to stay home for the next several weeks at least. This fear is driving actions such as filling shopping carts with enough food to feed an army. I was in the supermarket late the other night to avoid the crowds and found the shelves pretty bare as people walked around with their phone taking videos of the little that was left. This fear has also driven people to fight over who’s going to get the last case of water or package of paper towels!

The power of belief is truly amazing. The news impressed the idea of this dangerous virus that is now spreading rapidly across the globe. They’ve been talking about it all day every day for weeks, documenting every confirmed case and every person that was treated for “potentially” having the virus.

No matter where you turn – Facebook, other social media outlets, friends, family, neighbors, the gym, supermarket – it’s the topic of conversation. Wipes are being given out at the entrances of some stores, and signs are posted telling us to wash our hands. This buzz began to convince more and more people of the dangers of the Coronavirus. Shooting evidence of it from every angle made it easy for people to believe they are not safe. This is a great example of how what you focus on grows, like a pandemic.

We can see the anatomy of a belief much clearer now because of how quickly this virus unfolded, spreading like wildfire. It’s like a faster version of how deep-seated beliefs form. A belief can form when people assign a meaning to an event or experience they have or when they’re told something, and they repeatedly think about it. Simply put, a belief is a thought you keep thinking that is backed by emotion. Negative beliefs are strong enough to pull people into mediocrity, sometimes causing them to play small and sit on the sidelines because of the fears they have.

These beliefs are harder to spot, because people aren’t talking about them and the news isn’t broadcasting them. They become an internal conversation between you and you, so they tend to go unnoticed. However; occasionally, someone will recognize certain things you repeatedly say and actions you typically take, and they will tell you to move on, get over it, it’s all in your head. Can you imagine telling someone right now to get over your fear of the Coronavirus? How well do you think that would go?

Let’s take a closer look at a common internal belief. I’m not good enough. To see the slow growth of this belief play out, we’ll use the example of a kid who is picked on and mocked in school and excluded from groups of friends. Let’s say this kid is made fun of because of her size, her appearance and the clothes she wears. The meaning this kid assigns to the harsh words and mean actions of her peers is that she’s not good enough. Evidence of her thinking she’s not good enough is there all day, every day in the classrooms, hallways, bathrooms, and playground. She’s publicly humiliated whenever she’s the last one to be chosen to be on the different teams in gym class. It’s made worse when the teacher says, “Come on guys, someone has to take her,” and the crowd groans and grumbles.

The original agreement that this kid made was, There’s something wrong with me. No one wants to be my friend. I must not be good enough. Getting mocked in the hallways between classes, pushed around and taunted on the playground and not getting chosen to be on any teams, all act as evidence to support the agreement she made.

Over time, a person can slip into this story so deeply that eventually it becomes their identity and how they see themselves and their place in the world. When that teenage girl becomes an adult, she continues to see life through that lens, taking action based on the repetitive thoughts in her mind and emotions she continually feels, both of which are now running on autopilot.

Your thoughts come from your beliefs. The thoughts you think cause you to feel a certain emotion, and that emotion drives your behavior. For example: Fear of the Coronavirus causes people to panic and rush to the stores to buy all the toilet paper, water, and milk they could get their hands on. Fear of being rejected and ostracized can cause people to avoid putting themselves out there or to only try so much before giving up.

This could look like someone not going after what they love and instead staying in a job they hate. You see it in people who don’t ask for the raise or promotion or who won’t put their ALL into a project that lights them up. Sometimes it’s easier to play it safe than to risk failing. Fears of judgement, criticism, failure and exposure feel very real.

We’re highly aware of the Coronavirus because it has spread across the world so quickly. If everyone is talking about it, it must be scary. But we tend to overlook our own deep-seated beliefs that cause a “pandemic” in our minds because the general population is not talking about it. So the person who is living inside of a long-held story in their mind that fears rejection, failure, criticism is on their own. They go on about life ignoring the inner turmoil because only they see and feel it.

The Coronavirus pandemic will come to an end, just like Ebola and the Swine Flu. Eventually it’ll die down, and people will go back to the way things used to be. But those internal beliefs … they’ll still be there showing up in your everyday experiences and driving the decisions you make and don’t make.

Beliefs are very powerful, and only when you are taught how to deal with them and move beyond them can you rise up and truly live. Perhaps this is a conversation we need to have more of. Imagine what’s possible when more people have the courage to use their gifts, stand in their full potential and shine their light in the world.

How to Experience More Abundance

4 Simple Steps to Get More Done