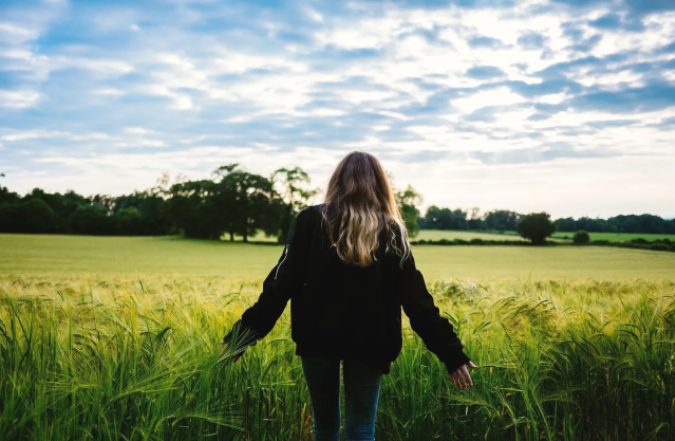 When you hear the word “abundance,” what image pops into your mind?

It might be a large sum of money or deep, long-lasting love; or maybe it’s an ocean or a giant waterfall?

Abundance feels expansive, like your heart opens wide. It feels weightless and tends to spark a natural smile.

What if you opened up your mind to what abundance looks like?

Often times, people will ask for an abundance of something but then focus on a specific way that it has to show up. For example, you might wish or hope to make $10,000 next month and then become laser-focused on that specific amount of money showing up. Each time you don’t see that money, you feel disappointed and subconsciously keep score of all the ways it’s coming into your bank account. Meanwhile, the Universe is delivering plenty of other things to you; but you don’t notice because it doesn’t look like $10,000.

Ever drive to work, and traffic was unusually light that morning and you arrived at your job with plenty of time to spare? Or one weekend you have 3 different people reach out to you wanting to make plans, and you don’t know who to say “yes” to? This has happened to me, and instead of being grateful for the abundance, my mind quickly shifts to lack. It sounds like, “Jeez, there are weekends when I have no plans, and now I’ve got too much going on. Where’s the happy medium?” Thinking this had led me to feeling frustrated, and without realizing it, I was pushing abundance away.

Imagine the Universe like a parent giving their child a gifts every day – most of which are resisted, unappreciated and pushed aside. How likely is this parent going to keep giving gifts?

The biggest mistake people make is asking for an abundance of something and then pushing it away when it doesn’t show up in the package they have their mind and heart set on.

Let me share a personal story to illustrate what I mean.

I was sitting on a giant rock in Strawberry Fields in Central Park one crisp, beautiful fall afternoon. There was an abundance of blue skies and sun for this interview I was doing. My co-host and I chatted with our amazing guest about creating plenty of money in our businesses and being wildly generous. It felt so good to place our focus on being generous instead of on money alone. After all, you manifest money faster and in larger amounts when you know in your mind what you’re going to use the money for. And it goes without saying that if you’re able to be “wildly generous,” then you must be making plenty of money.

Shortly after this eye-opening interview, a few of us walked over to a little marketplace to have lunch. It was buffet style, so after spooning some fresh kale salad and pesto veggie pasta onto my plate, I walked over to the cashier to pay and asked for some salt and pepper. He turned away from the register and scooped 2 handfuls of salt and pepper packets onto the counter between us. “Wow! This is more than plenty!” I exclaimed. The nice man smiled and replied, “Take as much as you want!” So I picked out 2 salt and 2 pepper packets from the heaping pile, dropped them on my tray and walked away. I almost missed out on a huge lesson that played out right in front of my eyes.

Only moments ago, I was engaged in a conversation about abundance and creating plenty of money so that I could be wildly generous; and here I was presented with an abundance of salt and pepper, and I only took “just enough.” In fact, I wanted a little more salt, but I’d already used my 2 packets.

When you ask for an abundance of what you want and the Universe provides it in a quiet, gentle way that you weren’t looking for, accept it with wild gratitude, and you will be given more.

Abraham Hicks says, “Ask, and it is given.” I believe sometimes we’re given a slice of what we ask for, and we do our part in the creation process when we allow ourselves to receive it. Then the Universe will give you another slice and then another, and each time you choose to accept and stay open to the how, more of what you want continues to flow your way.

In my example of the salt, I asked for plenty of money and then put my focus on abundance, and within minutes I was given an abundance of salt, which I dismissed because it was not the money I had in mind.

Money is energy, just like everything else is in this world. Attune yourself with the frequency of money, and you’ll eventually create more of it; just like how you hear your favorite music when you tune in to the station that’s playing it.

Begin to notice the abundance that’s already around you; welcome it, and be grateful. Doing this kind of internal work is essential for attracting more of what you want. It opens you up to the energy of abundance by raising your vibration and making you a magnet for more in the process!

How To Let Things Fall Into Place Faster

Maximize Your Attraction for More Abundance